The last of my suggested IP reform bills deal with patent law, the oldest form of intellectual property and in many ways the most counterproductive to its alleged goal of promoting innovation. Originally an incentive for discovery, these days patents tend to scare inventors and especially developers from R & D because of the very good odds that in doing so they will invite a lawsuit from the holder of an obscure and/or overly-broad patent. 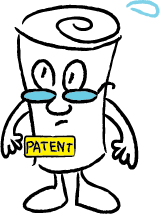 Inasmuch as patents are granted to promote innovation, patents which remain unused in production for five years are considered invalid.

The "Use it or Lose It Act." The word "patent" reflects the goal of the law: to make new discoveries openly known and available for use. In the absence of exclusive licensing rights, the argument goes, inventors would keep their discoveries secret and the public would not benefit. But with the ever-increasing number of patents given for ever more vague "innovations" we have seen the rise of patent trolls, who acquire patents not to license but to keep in secrecy, waiting for an opportunity to bring suit against eventual infringers. And with the right combination of poorly-defined patents, "infringement" is only a matter of time. One way to fix this mess is to make the test for a patent's uniqueness and un-obviousness more stringent, but that would require sweeping, complex changes to the approvals process. This bill represents a much simpler approach: make rights holders earn their exclusivity by demonstrating that they're acting in good faith.

While recognizing that modifying an organism's genetics may be beneficial, an organism is ultimately the product of the natural world and as such, ineligible for patent.

The "It's Alive! Act." Mapping genomes and splicing genetic material to alter food organisms may or may not be a good thing for consumers, depending on the situation. But the practice of patenting crops is always bad for farmers. Horror stories abound of patent holders of seeds charging growers with violations because their corn had the bad manners to mingle with the airborne pollen from a licensed hybrid. Or farmers are forbidden from setting aside seed for next year's planting. Setting aside the fact that the genetic material existed prior to any modification, life really is a category apart.

So these are my counter-proposals to SOPA. And while I doubt that Chris Dodd would approve of them, I believe that careful correction of the overreach of intellectual property laws would ultimately benefit rights holders more than would increasingly strong-arm tactics. After all, artists, inventors, and other creators are victims of the chilling effects of IP as much as everyone else. Less expansive yet better defined rights are easier to defend—and more likely to enjoy goodwill. All it takes is some innovation.
0 comments

One of the remarkable things about the anti-SOPA blackout is that laypeople actually understood the issue. The hardest thing about intellectual property is getting people to care; for most the subject is hopelessly abstract. With that in mind, I've tried to make these bills as compact and pointed as possible: they're directed at specific injustices that I hope most people can understand.

Today's topic is trademark, often conflated with copyright, but whose purpose is entirely different. While Copyright exists to give artists the right to exclusively derive profit from copies of their work, Trademarks are meant to protect consumers from being sold counterfeit goods—but they have metastasized into a variety of strategies that have nothing to do with protecting the consumer and everything to do with muscling out competition by intimidation.

Noting that the use of common words, sayings, phrases, folk characters, colors, and other aspects of shared culture is an effective means to produce goodwill for a product or service, these elements are ineligible for trademark, as their meanings exist prior to said product or service.

Also known as the "You Can't Trademark Brown Act." I used to work on a website about cars; there was a feature on the site called "Pickup Lines" which was about trucks. The site received a C&D letter from a man claiming to own a trademark on the term "pickup line." I think we eventually put in a hyphen or something, but the point here is this is insane. Trademarking "pickup line" makes as much sense as trademarking "Tuesday." If you want to use a common word or phrase, you should feel free, but you should not have exclusive rights to its use. (Witness the "Eat More Kale" fiasco.) While we're at it, you have every right to build an association with a color or set of colors and your product, but a color is not really something you invented.

Being resolved that while trademark exists to protect consumers from confusion over the origin of products or services, it is not trademark's responsibility to pre-emptively determine which product or service is connected with a proper name.

AKA the "My Name is McDonald, Too, Act." One would think that there would be nothing more natural than to use your own name in reference to yourself, but if your name is Sears, you're pretty much screwed, because of a peculiar aspect of trademark law known as trademark dilution. In the normal course of events, if I had a company called Acme that made pianos and you had a company called Acme that made anvils neither of us would violate the other's mark because we would not be in competition with each other (except, perhaps, for the coyote market share). But in the case of "famous" trademarks (and yes, that's the technical term), special protection is given because the mark is in theory so ingrained in consumers' heads that they will assume that any product with that name comes from the famous company.

The problems with this line of thought are: 1) it treats people like idiots and 2) it's a protection of the interests of the powerful against the interests of the weak, which would seem to be an inversion of the goals of trademark. In fact, this latter issue marks a lot of what's wrong with intellectual property in general, which is supposed to protect artists, inventors, and entrepreneurs from having their work taken from them, but too often becomes a cudgel for intrenched interests. A good example of the way this principle gets abused is the veronica.org domain squabble.

Tomorrow, I wrap things up and fix Patent law forever (you're welcome).
0 comments

After the collapse (for now, at least) of SOPA and PIPA last week, there was a rash of opinion pieces like this one in Information Week Daily, basically saying, "okay all you naysayers, where's your alternative?" This bit of rhetoric fails in two basic ways. Firstly, it begs the question (in the "classical" or "right" use of the phrase) that there is a problem that needs solving. Secondly, it assumes that Viacom's problems are everyone's problems, and that by opposing a bad piece of legislation we are now obligated to support another bill, instead of doing the sensible thing and returning to our freewheeling and unrestrained downloading of copyrighted works, hastening the eventual collapse of civilization.

But in an effort to be more positive (it's a new year's resolution of mine) I have decided to take up the challenge and offer some alternative ideas for intellectual property bills to be brought before Congress in place of SOPA. Not having a lobbyist at hand or a medium-to-large fortune to donate to the reelection campaigns of my Representative, Stephen Lynch, or my Senators, Scott Brown and John Kerry, I'm doing the next best thing by offering these up on my blog, which on a good day gets at least two dozen views. SOPA and PIPA were targeted at protecting copyright, but in the next few days I'll go one step further and give two suggestions for reform of each of the three branches of intellectual property: copyright, trademark, and patent.

All joking aside, my goal with this exercise is to come up with bills that might actually stand some chance of passing, given a supporter in Congress. There are a lot of terribly wrong things about IP law, but the odds of sweeping reforms like rolling back the length of copyright terms or disallowing software patents are approximately none in infinity. So my suggestions will be limited to very simple bills that should be able to garner public support, while at the same time be difficult for rights holders to oppose without looking like dicks. 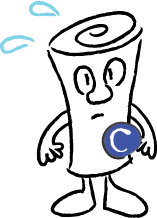 Being resolved that Fair Use entitles rightful owners of copyrighted materials free access to the works that they have purchased, circumvention measures employed by said owners to access arbitrarily any section of a work they have purchased are to be allowed.

Otherwise known as the "Skip Previews Act." Manufacturers of DVD and Bluray players are obligated to abide by license agreements which include not being able to avoid commercials and previews that are flagged as unskippable. The Digital Millennium Copyright Act makes all acts of "circumvention" illegal, preventing home users from modifying players to access any part of the disk that they bought. This effectively stifles Free Use, as anyone who has ever tried to show a segment of video in a classroom can attest. It is also super annoying, as anyone who wants to watch the damn film already can tell you.

Being resolved that the motivations for infringement of copyrights affects the culpability of the infringer, violations will be graded: 1st degree, 2nd degree, and unintentional.

Otherwise known as the "I only put my daughter's dance recital on YouTube Act." The (unskippable) FBI anti-piracy notice at the beginning of your DVDs lists some pretty severe penalties for unauthorized copying: up to five years in prison, up to a $250,000 fine. The severity of these punishments reflects an earlier time when mass copying was expensive and difficult enough that it was always an intentional act to defraud. But today digital copying has made infringement ubiquitous and practically unavoidable. At the same time, we recognize the difference instinctively between someone who sells unauthorized copies of an artist's work and someone who makes a home movie of their kids bopping along to "Whip My Hair." Shouldn't our penalties reflect this common-sense understanding?

Continued tomorrow, when I offer my humble suggestions for bite-sized trademark reform.
0 comments